Chilla with Punditt – 40 days of prayer and penance

Being taught by a Silent Sufi Master, who does not discuss Sufi practice has definite advantages. I would regularly go with Pundit to a Christian graveyard in Hove, where, he said, he does a lot of spiritual work. After a while, he instructed me to visit this graveyard every day for forty days. This happened probably fifteen years ago, and it is only now that I have started to understand what this what about.

Jesus in the Wilderness

Jesus spent forty days in the wilderness, whereupon he was approached by the Satan, who gave him a hard time. After Jesus recovered from the experience, he was a powerful exorcist, casting out demons. The Sufi and Vedic practice of chilla is extreme. The aspirant sits in the middle of a circle of Sufis for forty days without food or water. Most people go mad or die in the process!

Given the choice, his method is infinitely preferable, and actually very comfortable and easy. I had no bad experiences during or after – where is Satan when you need him? It would seem that only Silent Sufis have the real power to perform chilla.

As a result of my chilla the ability to deal with spirits became very much easier for me. Being an exorcist is so much part of my life that I do not even consider it an ability! I still regularly visit that graveyard, and I often take students there to introduce them to the spirits who live there. If only the vicar knew that he had such a powerhouse on his doorstep.

Just as I cannot pass a bookshop without checking the shelves, graveyards have a fascination. The spirits are invariably pleased to see me, and they often have local knowledge that is very useful.

Performing chilla will increase the power of your crystals to help you and the people you care about. A cemetary is particularly good for this as it is hallowed ground. When you start chilla you must complete it  – you cannot miss a day. This is very important!

There comes a time when you realise that the spiritual and magical systems do not quite match up to your expectations. There must be more to them, but their limitations become more and more clear. Punditt Maharaj exemplified this extraordinary ability to transcend all...

Ecstasy and Bliss – tricky experiences on the Path

Spiritual experiences, such as states of ecstasy and bliss are tricky.  If I was experiencing them, I was certainly never allowed to look like it. None of this swaying, waving hands in the air, or all things people do to make it look like they are in a trance....

How to be a Pundit – there are no easy ways!

A number of people have asked about how to learn how to be a pundit. This is not easy, for a number of reasons. It has taken me over twenty years to learn, I am still learning, and I do not expect to stop learning. I cannot expect students to have that level of... 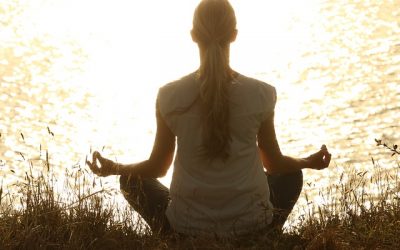 Pundit – how meditation led me to him

I had no idea Pundit and meditation would be so important, but from a very early age I knew I was different. Most of my childhood on school premises, and I was particularly aware of spirits, especially when the buildings were empty. I was going through a typical...