How do manifesting ideas happen? How can we find, capture, and nurture these ideas? How do we get inspiration? Where do these ideas come from?

I see many people who know that they cannot go on with life in the way that they have been going, and as result become lost or inadequate. They need to find inspiration,  guidance, but they lack confidence, and doubt their own abilities. Giving them advice is difficult, as I have to find ways of giving suggestions without telling them what to do, otherwise the whole point would be defeated. To follow the inner voice or feelings
is a brave thing to do, since we can no longer rely on others to do this for us.

Most people live in a stream of consciousness that fills the mind with everyday thoughts that keep us firmly trapped in a never-ending world of fleeting images that keeps us prey to advertising, and all other pressures. The thoughts go something like this:

What shall I eat? I hate Debby. what’s on TV? Will I find a job I like? Why doesn’t my boss like me? I’m late for work. Have to visit the doctor. Don’t want to go. must buy a new mobile phone.

Every so often there will be another thought, so fine, and so delicate, that most of us barely register it. The tone and nature of the thought is as a seed that eventually grow so that we cannot ignore its insistent prodding, forcing us to ask questions about who we are, why we are here, and what we should be doing. Since most of us are stimulated and inspired by external events on TV, radio, friends, colleagues etc, we do not know how to respond to the inner calling that will set us free – instead we often feel inadequate.

Once we become aware that such thoughts exist, we begin to search for them, often without success, sometimes because the internal chatter described above will drown them out, or we are looking for something that is easier to experience. What we need is a definition of where the thoughts come from, what we can do to enhance our perception, and give us confidence that we are doing the ‘right thing’.

The characteristic of these ‘thoughts’ is that there are no characteristics! We have problems saying anything about their origin, except that they are different.

A good candidate for understanding the origins of thoughts is found in Akasha or Space. The Akashic Records is a place where every action is recorded. Mme Blavatsky popularised the concept in her Theosophical Society. There are stories of accessing the Akashic Records to discover past lives or using the Records for making predictions. Edgar Cayce and Jean Dixon are good examples. The unreliability of these experiences is the vast number of people who believe they are incarnations of Cleopatra, or Napoleon (not so many of Cleopatra since coins of the time show her as rather ugly)! The records themselves are not fixed – they can be changed according to the desires of the Seer. Another problem is that if the Seer is ‘unworthy’ in some respect, unresolved karmic issues may appear, or the visions are cataclysmic, often involving water or flooding, resulting in the many Atlantis visions. Some try to access the Akashic Records by visualising a Hall or Library, or the vision of the God Thoth
as scribe writing down all the actions of the individual before entering the Hall of Maat.

I have always had my doubts about the Akashic Records for the reasons outlined above. Rather than relying on the testimonies of others, it is better to go back to the source material, found in Vedic literature. Akasha as Space is defined in the Upanishads. Akasha is eternal, unbounded, and indescribable, beyond the perception of the five senses. Remarkably, the rishis or seers were able to define five different types of Akasha!

There are four levels of Light, and one of Black. The Black is Nothing, no experience, and is analogous to the Chaos and Void; Tohu and Bohu of Genesis, or the Dark Night of the Soul. The Fire of Judgment Day is the first level of Light, and this may correspond to the apocalyptical visions associated with the Akashic Records. Biblically, there may be an association with St Peter and the Pearly Gates. It is also worth noting the suggestion
that there have been Judgment Days before. Perhaps there is an association with the Tarot Judgment too. The next level is ‘space radiant beyond measure’, perhaps seen by Paul on the road to Damascus. Thereafter is the ‘indescribable space’. Finally we have ‘Sun Space’; although the Sun illuminates our life, we can never look at it directly, otherwise we go blind. Note that in all these levels, there are no images, no form or definition, nothing that remotely describes our modern understanding of the Akashic Records.

Again, no notion of images or past lives is apparent. In fact, Patanjali lists other siddhis for knowing past lives or to experience visions, and akasha is not connected with either of them. While some will be disappointed at the lack of classical allusions to the Akashic Records, I for one find the Vedic definitions of Akasha far more interesting.

The tarot is of course filled with images of all kinds, so how can it have any relevance to Akasha and primordial thought? Remarkably, there is a connection that includes Rudolf Steiner, Aleister Crowley and Thoth. But first, how do we define space? Ever since Euclid, geometry has been the favoured method. Up until 1850 geometry only defined flat surfaces, but then Bernhard Riemann revolutionised Victorian thinking with his non-Euclidean geometry. Riemann Geometry is so fundamental and far-reaching that it was incorporated by Einstein in his relativity theories, and is still used today in the latest theory that seeks to unify the four forces of nature – M theory.

In the Star, Crowley cites Riemannian geometry, and the design encompasses the old and new physics. There are other systems of non-euclidean geometry, and one was developed by Rudolf Steiner, who was a student of Blavatsky, but he went on to found his own systems. Steiner’s Projective Synthetic Geometry defines an object in space through lines projected from two points, which are like the vanishing points used by artists to paint perspective. When Frieda Harris began her collaboration with Aleister Crowley on the Thoth Tarot in 1938, she steered him away from a traditional design into one that would incorporate the latest ideas and concepts of science and technology. It is not clear who came up with the idea, but Frieda took lessons from Olive Whicher on Projective Synthetic Geometry with the intention of incorporating the designs in the tarot. Frieda’s teachers knew she was collaborating with Crowley, and remarkably they visited her studio to see the designs for the tarot and gave advice. When Olive Whicher came to write on the subject, she entitled the book ‘Sun Space’, which although akasha is not mentioned, could originate from the definitions in the Upanishads. This conclusion leads to an extraordinary insight into the Thoth Tarot. Since most of the Thoth Tarot have some aspect of PSG incorporated into them, we can see them as a definition of Space or Akasha. Each card is then not just three-dimensional, but multidimensional, particularly in the context of the entire deck. Furthermore, when the counting and pairing techniques of the string in the Opening of the Key Spread are understood and used, we have the potential to enter unlimited universes. We have also established that from Akasha arises Thoughts, Ideas from Spirit. Only the Thoth Tarot has this power.

These insights have helped me to understand some of the mysteries surrounding my book The Tarot and the Magus. The Golden Dawn definition of Akasha is the balanced presence of the four elements, also referred to the God Osiris in Enochian magic. The system of Elemental Dignities depends on the interaction of the four elements as the basis of the tarot, rather than the classification of Major, Minor and Court arcana. While I was writing the book, I was working on four strings that encompassed the entire Tarot deck. I spent over two months on these strings, analysing them from all angles. While analysing the counting technique, I discovered the concept of the ‘unaspected’ card, one that counts onto cards, but is not counted onto by any other card. It is as though this card has come from another dimension. Significantly, unaspected cards can only be found by working through the  string – it is not obvious. As I was completing the chapters on counting and pairing, I had a dream one night where I was being tortured by spirits demanding knowledge on the second Fool. Since there cannot be two zeros, there cannot be a second Fool. After several days thinking about this and getting nowhere, I considered the possibility that the spirits could be referring to the function of the Fool. Since the Fool is the origin of the Tarot, everything emanates from it. The second function would therefore be that everything returns through the Fool- it creates and destroys from Nothing. Soon after, I was confronted with a particular spiritual problem that was not being solved by all the usual methods I use. In desperation, I remembered the function of the Fool as destroyer, sucking all creation back into it. I had barely thought about this application, when a clear space appeared around me, solving the problem, and then I heard all the names of the Spirits of Liber 231; Amprodius, Baratchiel, Gargophias.etc. As well as solving this particular problem, the book took on new directions, guided by these spirits. The important thing to note about all of this, beyond the spontaneous appearance of these beautiful and wonderful spirits, is that they appeared from Space, and we have seen how Frieda Harris incorporated Akasha as Space using Steiner’s Projective Synthetic Geometry.

There are other important insights to be gained. The Spirits of Liber 231 via the Tarot can be used to define Space, a Space that can be protected by these Spirits in ways far more powerful than the traditional Magical Circle beloved of Ceremonial Magic. Just think; a powerful method of invoking the Magical Circle simply through the Tarot – no magical weapons, or writing symbols on the ground, or fears of breaking the circle allowing all kinds of demons to invade!

Magical Circles are prime methods for creating peace and calmness, prime requisites for being able to hear those fine ethereal thoughts that originate from one’s Holy Guardian Angel. From the Eternal Silence of Nothingness emanates powerful Thoughts for transformation and change.

You need my book The Tarot and the Magus. Work through Chapters 1 to 6, learning the divination techniques. Assign a sacred space somewhere in your home where you can deal out the tarot into four strings. The order of these strings will remain unchanged for as long as you need, which could be several months or more (as was my experience), so this Space will become your Temple of Learning resulting in your becoming familiar with your own creative thoughts magnified above the mundane thoughts. 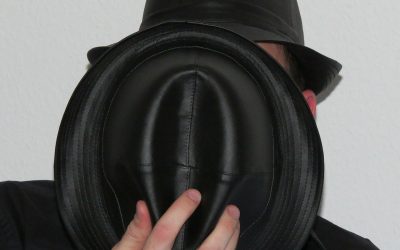 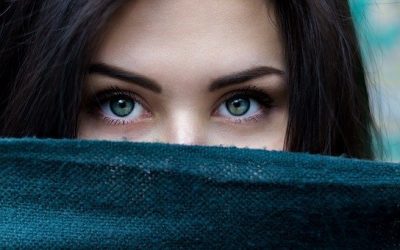