Shamanic choice – there is a big difference between the spirit that chooses the shaman, and the assistant spirits who are subordinate to the shaman. There may be strong sexual elements involved in the development of shamanic powers. In dreams or visions there may be sexual intercourse between a spirit and the shaman, and it is this that transmits the power. There are also many stories of ordinary people having sexual relations with spirits.

Shamans often meet, or are initiated by souls of dead shamans. The tendency to see entities, whether awake or in dreams is a sign of shamanic  power. The power to see the dead implies that the shaman is dead to the world too, which is why he has to undergo the dismemberment and resurrection process described above. The dead soul ‘possesses’ the shaman, and the experience is of soreness within the body. The souls of the dead act as a guide when he travels in spirit through the cosmic regions. The vision of spirits seems to equate with magical power, and they appear in frightening forms; humans with animal heads recall the 72 Goetic spirits, or the Godforms of Ancient Egypt. If one feels such a spirit, it is vital to show no fear, for seeing them implies power over them, and in fact they will become helpers. They can appear in animal form when they assist on shamanic journeys. In today’s technological age it is quite possible that spirits are more likely to have an AK47 than a sword or spear. Entities appear to a talented shaman without any effort, but for other shamans work is required. He does not pray or make sacrifices to his spirits, but he can suffer if they are displeased. Because he is already ‘dead’, he can transform himself or identify himself with his spirits. This can also be taken to mean that he is able to unite or return to nature. In other words, he becomes spirit to travel to other realms.

Secret Language of the Spirits

Shamans learn a secret language to communicate with spirits. The language can represent the sounds of animals. The shaman knows the language of nature, and as such, he has the freedom to travel throughout the worlds. He is initiated by an animal, often a tiger or eagle to learn the language. The initiation can happen in dreams or the animals are physically real. Physical pain is a sign of spiritual initiation, and the pain or ache can have a personality or even move around the body.

The cause of illness is considered to be the theft or rape of the soul. The shaman has to find the spirit, capturing and forcing it back to the patient. In other cases the patient is possessed by an evil spirit, or a magical object has been placed in the body – sometimes is a combination of the two. There is a common root in that it is a requirement  to return things to their original state. Only a shaman can undertake this work as he has already been through these experiences. From this perspective shamans are infinitely more qualified to treat disease – how many western doctors have experienced the diseases they treat? The resourcefulness and bravery is quite remarkable as he makes his healing journeys, discovering the cause of the illness; the spirit, its type and place in the hierarchy in the universe, who caused the spirit (another shaman, or self-inflicted), and how strong the spirit is. The shaman’s spirits are sent out to find out the situation, and then he has to fight it himself, which can often mean taking the spirit within himself, and therefore suffer just as much if not more than the patient. The denouement is usually an ascension into the heavens to negotiate with the guardian spirits. Danger is present at all levels. Some shamans are able to suck or pull objects out of the body. They may even appear to perform an operation complete with blood. These objects are usually thrown into water to neutralise them, or be carried off by spirits. However he heals for the individual or society, he is bringing the universe back into equilibrium.

There are three levels: Sky, Earth and Underworld, connected by a central axis. We use the axis to communicate or move through the worlds. Some spirits or gods are able to use this axis as well, but usually only shamans or holy men can do it. There is a Centre or Sacred Space, which can be within the shaman. The axis is represented by pillars that reach up to the Pole Star. At the basis is a stone altar. A snake is often associated with the pillar. Other symbols are a mountain, pyramid, temple, royal city, tree, bridge, stair or ladder. These symbols are cosmological or universal, while personal or microcosmic experiences are of a tent or house with a hole in the roof, so that everyone connects to a universal centre.

Visions of a personal house are revealing to a shaman: a man living in a small house may believe he is in a mansion, or in his workplace. In other words, the distortions and expansions between reality and the inner man reveal much about how he actually sees himself. Comparing the  power of the shaman visualise his own awareness as a world view of the cosmic mountain with his vision of other people’s ‘home’ show an extraordinary talent, especially when we realise that individuals are unaware of the vision. It is also worth noting that the symbolism is constant throughout the world as long as we take into account cultural differences. To put things simply, humans live in their homes, while shamans have the whole cosmos to reside in.

Trees are particularly strong metaphors: the branches reach to the heavens, the trunk connects to the earth, with the roots extending to the underworld. There are birds (divine beings) in its branches; the leaves, flowers and fruits symbolise humans or branches of knowledge, reflected below. The trunk is usually indivisible, which indicates that unity is actually only experienced on this level of earth, despite appearances to the contrary. Trees are symbols of life. One connection that may be considered is the magical staff or wand.

One characteristic of shamans is the ability to control or create heat. Healers generate heat in the hands or at the point of healing, but shamans can work with fire. 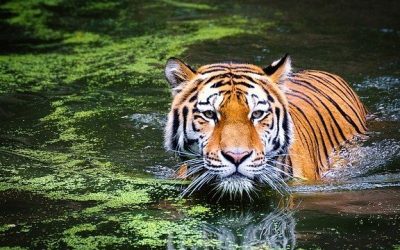 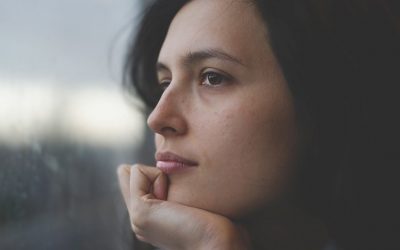 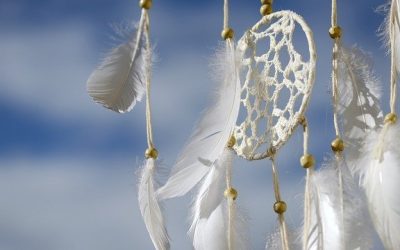 By YuKwan Here is what happened after Paul worked on tuning the crystals purchased from elsewhere. About a year ago I ran into a site and read about the 7 psi crystals. A few months later I purchased the crystals and up until they were tuned- when the crystals were...