Over the last 24 hours I have received a vision of the Tarot. It started with a tree fallen across a road, with people behind it blocked from moving forward. Before you think, wow, he’s just noticed that there is global warming, and the forests and jungles of the world are in serious trouble from logging, this was not the tree I was seeing. This morning when I looked, the picture had changed, and there were now trees falling down and disintegrating all over the place. These trees are the Tree of Life, so we are witnessing the end of a spiritual phase and the beginning of a new Spiritual Era. So what is this new Era? I am not exactly sure, maybe the destruction has to continue for a while. Certainly the doubts about the Tree of Life will increase. I am a lone voice in the wilderness, so it is not up to me, but I abandoned the Tree last year, and took the challenge of working out what will replace it.

First of all, the Golden Dawn used the Tree of Life to promote the Tarot. The Victorian opinion that all one had to do was classify everything, and you would know everything still reigns supreme in kabbalistic and tarot thought. The result of this was to emasculate the powers of the Tarot – it is subservient to an alien system that is rigid and intolerant, unable to evolve, full of blocks to progress.

A good example of this is Liber 777, which seeks to classify magical, spiritual and religious phenomena in terms of the paths and sephiroth on the Tree. Liber 777 has been a bible for me for many years, but to be honest, I have relied more and more on my excel spreadsheet for the gematria, which grows steadily. I considered what was most useful about Liber 777 was the Sepher Sephiroth, the gematria section at the back, and that I rarely consulted the larger Table of Correspondences. There was the epiphany, I could safely abandon Liber 777.

When was the last time you did a Tarot reading that made you think of iron, sulphur, tobacco, ruby, and the basilisk? Could you tell me what tarot card I am referring to? I had to look them up to write them in this post. When used properly, the entire deck will supply you with all you need, it is the combination or permutation that reveals what you need.

Just what a Spiritual Universe without the Tree will look is explored in this section.

Visions of a New Era

The personal and group work of the Adepts has taken on a greater significance. It was not clear when, but the Visions can be seen as levels of knowledge that relate to the New Aeon, and to the interpretation of the Tarot. Necessity is the mother of invention, and it all started when a friend emailed about a particular spiritual problem which had gone on for years. In desperation, I looked at again at some spiritual techniques I had not bothered with for years. I tried them out, and immediately we got results. Furthermore knowledge and ideas appeared, and continued to appear.

The traditional way of visions with the Tarot is to have the card in front of the Seer, who would project himself through it, Golden Dawn style. The Seer would equip himself with all the accoutrements of ritual magic, ready to challenge any spirit according to the Grade of his Lodge.

Traditional mountaineering required everyone to be roped together, but over the last few decades, a freestyle has developed, where the mountaineer or rock climber travels light, using the minimum of equipment, and so he is able to attempt more dangerous climbs and ascend faster than usual methods.

This is how we view the Tarot. As far as we are concerned, the landscape of the Tarot has not been mapped. We question whether ascent really is the best way forward. What about the other directions?

On the Tree of Life, the Major Arcana are reduced to mere pathways where the view is ignored. I have a friend who cycled all over the United Kingdom. She has seen so much of this beautiful country. I was always impressed by this until she confided in me that while she passed many beautiful and interesting places, but she never stopped to explore any of them, because her group of cyclists were intent on a particular goal to be reached miles down the road, usually a cafe of some sort. Now she wants to visit these places to see what she missed.

All of the visions, healing and spiritual work of the Adepts happens within consciousness.

Many of us have never met, as we are based in the UK and USA. We do not have special time of day to do any of the Work or Visions. We communicate with email, but we also see each other in dreams from time to time. We often work using Instant Messenger.

We do not have a God or Spirit that we invoke.

All that happens is that we have the intention to research consciousness. 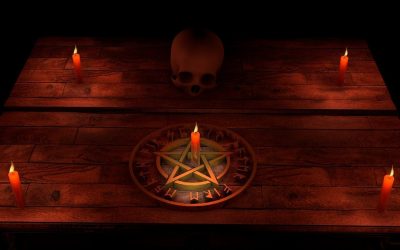